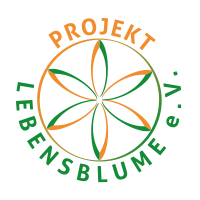 THE REPORT OF THE CO-CURRICULUM ACTIVITIES

The co-curriculum activities in the school have been carried out in different areas and the following are the observations made:

Under the guidance of Ms. Mwanamisi Ganguma and Mr. Rongoma, the programmes have been carried out effectively. New songs and poems have been composed and are being recited by the pupils from various classes. Although some useful instruments were lacking we have mobilized the pupils and made some using the locally available materials.

Under Mr. Justus and Jashon has also been carried out effectively. The pupils have generated a genuine interest as the products made are very attractive. One major challenge faced in their work is the lack of enough glue to stick the mached papers and colours for decorating the products made by the pupils.

It was under the guidance of Mwanamisi Mtenzi have greatly interested pupils as the pupils find it amusing as they display their different talent i.e. body structure and walking styles and other interesting talents.

This is the area which has experienced great success as the pupils were grouped into two major categories i.e. class four and five on their own and class six to eight on their own. We have seen pupils improving in their communications skills, they have also shown great improvement in confidence building and in the coming days we shall conduct debate competitions with other schools. All teachers have cooperated well in their debate activities.

Curving has lots of things to celebrate. Their teacher Mr. Philip has worked tirelessly to improve the hand skills of the pupils. They have made beautiful cooking sticks and other house holds goods. Modeling industry has also seen great success in terms of developing the interest in pupils as they model different items under Mr. Joseph. The major problem facing the modeling industry is the lack of work space for the increasing number of pupils and the space to store the products. Some of the materials modeled have been spoiled by heavy rains due to the lack of storage space.